I know I am late at the end of this year to compile the best of what I've read this 2022, please don't yell, it'll wake the cats...

As a reminder, this list is not the best books that came out this year, but the best of what I've read this year. This means the book could be published five-ten years ago and I've just gotten around to it. The book should well be available in your local library (or you can always purchase online).

I've been trying to diversify my reading interests as part of my librarian's duty of advisory (recommending stuff to patrons asking for new authors to follow), so instead of the science-fiction / fantasy stuff I tend to peruse, I've been reading various thriller series to see if I can find something other than Jack Reacher to promote.

Box has an ongoing series revolving around character Joe Pickett, a game warden from the vast ranges of Wyoming, who comes across dangerous killers and sociopathic bureaucrats in near-equal forces. Pickett's fortunes rise and fall depending on how desperate various politicians are to resolve public disasters, which is how this novel opens with the state's governor granting Pickett the authority to investigate a murder spree where the killer's already turned himself in and confessed.

The twist is the killer committed his murders in a particular corner of Yellowstone National Park where a Constitutionally-enforced legal loophole means nobody can ever be brought to trial for any crimes they commit there. This is the freaky thing: This Zone of Death is real, and Box uses this novel to examine the ramifications of how a devious individual (working for a conspiracy involving Yellowstone's unique habitat) could exploit it.

I bring up this novel, and the Pickett series, as a counter to the popular Jack Reacher series that I've tried reading and just left it feeling underwhelmed. While both series are similar in format, the characters and settings in Box's novels are more relatable and convincing. Also, Pickett and the other characters talk more.

Zero Fail: The Rise and Fall of the Secret Service, Carol D. Leonnig

Out of all the post-trump works out there worth reading, I found this book by Leonnig to provide an interesting side note to all of the ongoing breakdowns of accountability across our government (of which trump's rise was merely part of the problem).

Leonnig examines the role of the Presidential bodyguard agency responsible for the safety and protection of the President, Vice President, and other vital members of the Executive branch. An organization with some effectiveness but haunted by tragic failures, the Secret Service has found its mission objectives at odds with ethical and professional norms especially when the War of Terror changed the agency into a purely praetorian role. Various scandals - including a prostitution-hiring embarrassment in Colombia - kept pointing to an agency staffed by poorly trained and undisciplined members who were hired for reasons other than being at the top of their game. The situation got worse when trump arrived, staffing the top offices with personal cronies who would be called upon to cover up some of trump's worst excesses (including the January 6th Insurrection that almost saw Secret Service agents kidnap Vice President Pence (!) to disrupt the electoral count).

I would have considered several other anti-trump books, but Leonnig's work uncovers a systemic breakdown that exists even without trump's corrupting influence.

There are many epic stories in the comics 'Verses, there are often Earth-shattering conflicts with dark consequences, there are annual Crises that tests the valor and virtue of our legendary heroes.

This series is not one of those.

What's known in the DC Universe as an Elseworlds storyline, Jurassic League is basically a variation of the established superhero 'verse of Superman, Batman, Wonder Woman, and all the other heavy hitters of their major superhero team... but with DINOSAURS. It's as goofy as it sounds, and that's what makes it fun. With all the other somber, dark, even gory storylines the DCU is working on - the Vampires series that got so bleak you just couldn't keep reading it, or the Dark Crisis series as yet another attempt to fix all the continuity errors that came from the first big Crisis - it's sometimes refreshing to read a comic book series that's in it for the goofiness. Even Darkseid shows up as a dino. It's awesome.

Best Work By Someone I Email, Tweet, or Chat With On a Regular Basis

As part of getting up to speed on the Marvel Cinematic Universe, which is going into Phase V this 2023, I needed to read up on the next Big Bad of the story arc... which is going to be Kang the Conqueror. Considered one of Marvel's biggest villains - Thanos being the universal threat, and Kang (and oft-times rival Dr. Doom) being the Earth-based threat(s) - Kang is still unfamiliar to me (due to my devotion to the DCU). All I know is, he's a future-based villain with time control powers - among several others - making him a multidimensional threat. Past that, I got nothing. So I went hunting for any collected volumes, and this was one I got into.

This makes the "Someone I Email/Tweet" list with Busiek being a regular Twitter poster to whom I've replied and retweeted. Often with Busiek slapping me down for my silliness and Reply Guy tendencies. My bad. Still, Busiek is one of the more popular authors in the graphic novels/comics industry that I follow, giving a good review of his JLA/Avengers crossover years ago. His Kang Dynasty is a must-read if you want to be able to follow the next set of Marvel movies without whispering to the geek sitting next to you "Wait, what superpower did he just use again?"

Best Work Including Stuff I Wrote

Containing my submission "The Brides of Wi-Fi," a modern take on the three vampire women associated with whatever Lord of the Vampires - no, NOT the D guy - you may confront at a spooky gothic mansion in the hills of Georgia. It's different from my previous vampire stories, going by different rules, but that's par for the course in vampire mythos where the powers and weaknesses of the strigoi change from region to region (and sometimes even in the same narrative 'Verse, damn you Hammer Horror for your inconsistency). Please do buy a copy of Strangely Funny and please do leave a good review, danke.

I reached 50,000 words! On the "rebellious space princess" novel idea! 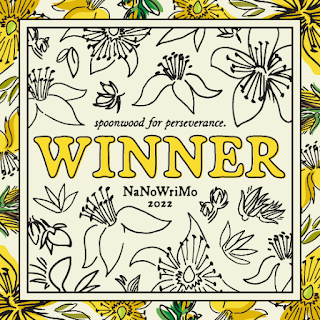 And now... I NEED TO FINISH THE DAMN THING FOR ONCE.

Keep yelling at me to finish. I need the motivation of having an editor with a shotgun and an egg timer pushing me onward.