The Problem With Book Covers

So the book covers need to catch the eye.  The cover needs to stand out with a unique or enticing image.  The cover has to rock.

Getting a good artist or photographer helps.  But the other thing is that the labeling - the title, the author - has to be both legible and eye-catching too.  Anything too bland - a basic Sans Serif like Arial, or a basic Roman like Cambria - and people won't notice.  Anything too cutesy or gimmicky - Comic Sans, Papyrus, Papyrus Sans (ye gods) - and people will recoil.

So I'm working with the artist for my next work, and trying to come up with a feasible cover text for the title and author.

My personal preference for the author font is Flareserif (similar to Albertus).  I suppose I *could* use the same font for the title, but most times you'll notice publishers don't go that route: the title has to stand out a little more.  Have a little more flair to it.

So I'm juggling between these fonts for "Body Armor Blues":

If anybody suggests Helvetica I will hurt you.  That costs money, dammit.

It's a month away.

And as a Municipal Liaison, I have to get some things set up for November.

The good news: the NaNo organizers created a Lakeland Region to cover the growing Polk County population of writers.  Now I need to get the word out to the writing groups that we can go with our own groups rather than farm out to Tampa/Brandon or Orlando.

(On a side note, I've seen they divided up Pinellas County into THREE SECTIONS.  Given that it's our smallest physical county and yet one of our most densely populated, this is still a bit surprising)

I have to get the Google Calendar set up for the Region (done) and managed.  I have some dates for Write-Ins already set with Lakeland, Bartow and Winter Haven: now I need to confirm some actual locations for Lake Wales to help cover the southeastern corner of Polk County.

And now I gotta think about which novel idea to follow through on.

I'm thinking either a new novel idea on:

1) An alternative history novel about the American Civil War where the South DOESN'T start it by firing on Fort Sumter so that they can secure French recognition... with the consequences playing out affecting the fates of Mexico, Virginia, and the border states.
2) That urban fantasy novel I tried starting this Labor Day (I can use NaNo to finish it).

I could bring back one of the earlier attempts, although I dread getting bogged down in the weeds where I keep getting lost on those works.  Best to see about something fresh, IMHO.  (although I keep thinking I can get something good out of Ocean Dancers...) 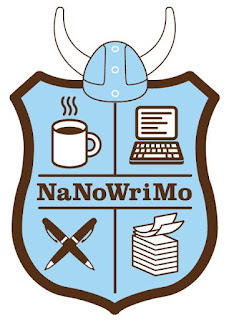 NANO ME BABY ONE MORE TIME.

Update: I've added a poll to this blog, over on the right, and if people are willing to vote please do.
Posted by Paul at 12:40 PM No comments:

(cross-posted with my political blog)

Did I spell accountability correctly...?  I never do...

Anyway, this weekend I'm gonna use the Three-Day-Novel time period (I did not apply for it, 'cause I need to save up the $50 fee for Star Wars toys!) to pound out a trashy urban fantasy novel.

1) Urban setting AKA The City: New York City by default.  Nearly EVERY city in a U.S. fantasy story is based on New York City.  Los Angeles only if sunlight, surf, or film-making is part of the narrative.  San Francisco if you want quirky hippie Wiccans.  Washington DC if you want everything blown up to serve your political ideology.  If you use Atlanta or St. Louis or Houston or Tampa, what is your problem?  And the capitol of the state of Montana does not count as an urban setting, sorry residents of the state of Montana...

2) Protagonist(s): Sexy vampire.  There's ALWAYS a sexy vampire.  His/her morality will be just off by enough to make him/her excitingly dangerous, yet human enough to enjoy having great sex with.

3) Narrator: A third-person or first-person tale-teller who gets wrapped up in the crazy event who stands in as the Everyman naive newcomer to the Masquerade (aka the Magic World hidden from the Mundane World).  Kinky make-out session with the Sexy Vampire is mandatory: it all depends on if you open with it or draw the story out for UST fuel to the end of the novel.

4) Sword: There should at least be one sword, so it can be wielded by the Sexy Vampire for the book cover.

5) Monsters: Dumb ones.  Easy to kill, and inhuman to allow for a massacre of them without any moral quandaries.  Mooks with swords instead of plasma rifles.

6) Quirky Secondary Characters: they're not as sexy as the vampire but by their wacky habits allows the writer to diversify and show off character-building skills, and these characters can appeal to the readers and turn into spin-off lead figures for later works.

7) MacGuffin: A reason or object the sexy vampire is set against a particular villain.  It needs to be satisfyingly unique to stand out as a doom-worthy artifact or deadly secret that could end the sexy vampire's lifestyle/friendship with his/her equals.

8) Potential victims: the innocent crowds of people in a packed city who ARE NOT AWARE OF THE MASQUERADE and thus need protecting "from themselves!"  This includes the local law enforcement, who would usually have the manpower and firepower to handle most situations in the first place if properly informed.

9) Dead Friend Walking: an ally of the Sexy Vampire or narrator who's a firm friend indeed, and is thus doomed to die in order to make the conflict "personal" and to highlight just how serious the crisis is.

10) A Betrayer: Sometimes it's the Dead Friend Walking who either willingly or by magic force turns against the Sexy Vampire/Narrator.  If it's a complete stranger, it has to be someone directly tied to the MacGuffin to make it meaningful.

11) A Fancy Nightclub That's Way Too Exotic With The Interior Design: Think how Hollywood movies spend a sh-tload of money on cool-looking sets, creating a night club full of lights, chrome handlebars, plush leather sofas, stocked bars, mirrors everywhere (even for vampires - they can use the mirrors to spot Normals), incredibly cute Normals dancing the night away, and a spot where Sexy Vampire and Narrator can make out in public and still not get caught doing it.

12) Overpowered Villain With One Obvious Weakness: His (sometimes Her) Pride.  And that the Artifact-As-MacGuffin can be turned into a stabby weapon shoved into his head for maximum gory deathiness.

Update Monday: I got about 7000 words.  I bit off more than I could chew thinking I could get 18,000 words done.  :/  On the other hand, I'm going through a solid revision of the last project "Body Armor Blues" and am lining up a cover artist to self-publish by the end of the month...
Posted by Paul at 12:27 PM No comments:

Star Wars The Force Awakens Has All The Toys I Want

There's a real-working desk-sized BB-8 toy that can be remote-controlled by your tablet/smartphone.


There's a chance to buy your very own Harlan Ellison uh Lawrence Kasdan no no your very own Simon Pegg!  Whadda you mean, he's not for sale...?

These are kind of the things I missed asking for Christmas back when I was eight years old (did get the action figures and the fluffy Chewie doll SHUT UP).  It'll be a little embarrassing asking Santa for them at the age of 45 (okay so I haven't grown up THAT much...).  And I hate to admit it, but the Saturnalia holidays is not up on toy-gifting (damn the harvest festive bacchanal nature of the Romans!).

So I would very much like... ahem, NEED... to buy these toys for meself.  Thing is, I'm a little strapped for cash at the moment.  And the Falcon set alone is around $140.

That's where you, the faithful seven readers of this blog, come in.

Can you all ask about 50,000 of your closest friends and co-workers and deep-pocket rich people around you to, you know, buy my ebooks?!?!?!  The extra cash-flow from the sales should cover the purchase price of a life-size Jabba the Hutt sofa...

I don't think I can boot up a Kickstarter crowd-funding thing for this sort of project.

Update: Actually I *can* add a Donate button to a blog, but it would be a little too tacky.  ...Except I'm begging for book sales in the first place!  Well, as I argue to myself, selling the books is a fair form of exchange, me providing a service (book) and the buyer getting something of value.  So that seems morally acceptable. ;)

That said, the Lego Millennium Falcon is now MINE.  Yes, I indulged for myself this Saturnalia season.  Getting it now means I won't miss out getting it when we get closer to the movie release in December, when all the stores are bound to run low on supplies of the cool toys.

My inner 8-year-old is geeking.

Bartow Public Library is celebrating September as Library Card Month where we're encouraging people to sign up for library cards for the first time.  There's adults who've never gotten a FREE library card before, as well as kids, so we're doing what we can to promote the effective value of having a FREE library card.


Also, you can use public computers to do things like job hunt, study online, email and social chat, creative projects, and yes Facebook.

So, can I interest you in getting a library card FOR FREE at your local library?